Adrian George has recently completed a BSc in Quantity Surveying and Commercial Management at Nottingham Trent University. His dissertation investigated the skills shortages facing the UK construction industry and its effects on construction cost. Edge is keen to support early career researchers in our field through our Early Career Researchers Network and conference bursaries. Adrian interviewed Olly Newton, Edge’s Executive Director, for his research to build in the findings from Edge’s series of Skills Shortages Bulletins – you can read the latest one here and find out more about Adrian’s research below. 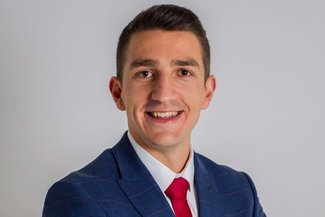 It is widely accepted that the current skills shortage in construction is the worst ever known. This is emphasised by Edge’s ‘Skills Shortages in the UK Economy’ bulletins and reinforced by over eighty percent of the research participants, who either ‘strongly agreed’ or ‘agreed’. Most worryingly, sixty-nine percent of those believed that this poses a threat to the future of the construction industry.

The research targeted industry professionals in a Contracts Manager, Project Manager or Quantity Surveyor role from either a Consultant, Contractor or Subcontractor. These members of a project delivery team were selected given their direct responsibility for sourcing, allocating and managing labour and construction project costs. A mixed method approach of qualitative and quantitative data techniques was employed. Data was collected through the use of questionnaires and semi-structured interviews.

The research established that some of the common causes of the skills shortage are the poor image of the industry; the failure to attract and train the younger generation; an ageing workforce and a lack of apprenticeships. Unsurprisingly, the failure to attract and train the younger generation was considered the most significant cause. Data gathered from the interviews indicated that jobs in construction do not pay well for youngsters to aspire towards. The survey respondents felt that the lack of apprenticeships was the second most important cause. This suggests that apprenticeship numbers are dwindling; a fact that has been confirmed by the Construction Industry Training Board and the Department for Education.

Intriguingly, one of the interviewees passionately argued that employers need to take more responsibility for training instead of relying upon an education system to deliver “work ready” operatives. The interviewees also blamed the “bogus self-employment” and the lack of direct employment. Similarities arose between two of the interviewees. They suggested that the coronavirus pandemic might be the “stimulus” to move away from self-employment. Whilst recognising the “new” risks that coronavirus and Brexit present and the harm that may cause to the ease of labour movement. This raises the challenge of future migration and its effect on the skills shortage.

Construction costs are soaring; the industry is failing to meet demand; quality issues are widespread; delays are increasing, and the industry is suffering from stagnant productivity. It became apparent that quality issues are the most widely recognised direct consequence of the skills shortage. Another key area identified by the interviewees is that quality problems are leading to rising costs with tasks being completed more than once. One interviewee suggested that sometimes rectification works might be undertaken “two or three times” notwithstanding that the programme and initial budget only allows for one. This not only delays the project but leads to other financial implications such as “liquated and ascertained damages”. The industry can improve its productivity but only “if we get it right the first time”.

Participants believed that promoting apprenticeships, enhancing education and training are the key strategies to help ease the skills shortage. However, the interviewees argued that the existing apprenticeship and education system is why apprentices are not acquiring the correct skills. This is due to the “narrowness of apprenticeships” and an education system solely “focused on the academic route”. One interviewee suggested a “broader education” and T-Levels may offer this. T-Levels are deemed a “positive thing” but industry professionals are unaware of T-Levels due to their lack of advertisement.

Another interviewee thought that T-Levels are “not going to have a huge volume to start with” and this begs the question whether this is an appropriate solution. The suitability of technology in tackling the skills shortage appears inconclusive with small firms “reluctant to invest” due to the high expense. However, this might “attract a new wave of younger workers”. Direct employment seems a non-starter with higher employment costs of between “thirty and forty percent” and “clients seem unwilling to spend the additional money”. Arguably, the biggest challenge presented is a “cultural change” to entice more women and ethnic minorities. The magnitude of this challenge is evident with respondents considering this to be the least important strategy.

Due to Adrian’s initiative and passion for improving the industry as a whole, he has been contacted by academics at Nottingham Trent University to lead in the development of peer-reviewed publications for dissemination.