Here at Excelsior Academy in Newcastle, we’re proving to be a trailblazer of project based learning (PBL). It’s great fun to be involved with. While some schools use PBL within subjects, we have it timetabled as a discrete lesson for Year 8. That’s actually part of the reason I was hired to work here: I’m a history teacher but I have a background in industry. Bringing this experience into our PBL is important for developing the broader skills young people need for the world beyond school. Being located in a disadvantaged part of North East England means this is a particularly pressing issue. 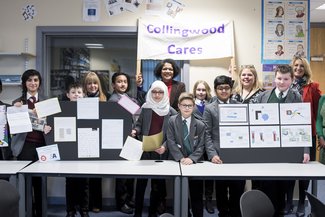 When I joined Excelsior in 2019, I knew that it already had great employer engagement.

But it wasn’t until I undertook an externship through the Edge Foundation (funded by the European Social Fund North East Ambition project) that I got to experience it first hand. At the school, we were planning a project based around two inspiring local gents who had rowed across the Atlantic. We wanted to find a suitable local employer whose work we could integrate into this. Port of Blyth, just north of Newcastle, was the perfect fit.

On the day of the externship, we met a lovely man named Clive from Blyth Tall Ship.

He talked us through the history of shipbuilding in the region and explained their goal to replicate Captain William Smith’s early 19th century expedition to discover the Antarctic. We also wandered through an enormous warehouse with boat framing laid out on the ground – the scale of it was huge. We then got to play with a sextant, learning about the differences between navigating on land and celestial navigation on the seas. I don’t have sea legs, so none of this had ever really occurred to me before!

As fun as all this was, I also learned that Port of Blyth offers apprenticeship schemes contributing towards NVQs in things like Marine Engineering. I hadn’t known this before and it was something I could immediately see my students being interested in.

Off the back of all this, I was totally fired up to plan the project and create project based teaching resources linking William Smith’s expedition to that of our Atlantic rowers. As a history teacher, one of the lessons naturally looked at the history of ship building in the region. But I also incorporated a bit of geography and maths, with a whole lesson on how to calculate bearings. This was never something I could have done without going to Port of Blyth. I even included some practical work, making compasses with needles (carefully supervised, I hasten to add!) The kids loved it, but it also gave me gave me confidence to do things I wouldn’t normally have considered trying.

While my externship fed directly into this one project (which stood alone) we’re nevertheless finding ways to reuse navigational aspects of our Atlantic project for a new one about the Great North Run. It’s surprisingly versatile and the kids love the real world elements that the externship has added.

Beyond the project and resources, I think the real benefit of the externship has been the wider industry relationship.

Student buy-in on projects with employer support is so much better. And now we’ve established these industry connections, we’ll keep on building them. The externship wasn’t just a one-time thing in this regard.

For example, we later took our year 7s to Port of Blyth – they’d been studying renewable energy and Blyth also produces wind turbines. The kids couldn’t believe that someone just up the road was making these huge machines. It’s helped them see what’s going on nearby, which is so important because otherwise they would never have known that these opportunities exist locally. 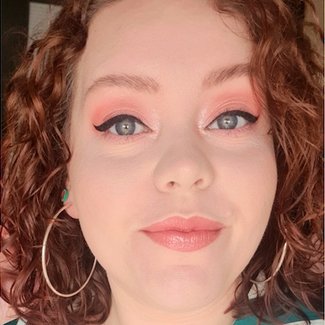 I think sometimes people are a bit sceptical about industry engagement because they think it’s purely about telling students how to be good employees. But my experience has been nothing like that. It’s all been focused on widening the students’ learning opportunities. Excelsior’s relationship with Port of Blyth has been totally reciprocal. They’ve been attentive and receptive to our feedback and actively adjusted their approach to the needs of our learners.

The Edge Foundation has been massively supportive, too.

Their expectations of the externship were always clear but they gave us plenty of flexibility and creative freedom. Edge stands out because they understand what teaching involves and that things don’t always go to plan!

While it’s a shame the kids didn’t get to present their work because of Covid (all projects are meant to culminate in a presentation in front of parents, employers and the community) a year later they’re still talking about the employer engagement… and in my book, that’s a pretty good sign!

Laura Thursby teaches history and project based learning at Excelsior Academy in Newcastle.