Why we must plan better for technical education and skills development

Back in the 1980s, I was a Lib Dem councillor in Newcastle upon Tyne, and it was a difficult time to be in politics.

Many of our staple industries in extraction and manufacturing were hollowing out, resulting in a massive rise in unemployment particularly of young people. Although there were youth training schemes in place these were, for many, largely palliative measures. They took young people in for six months but too often – whether they were in the private, voluntary or public sector – employers did not have the resources to provide a continuing job. This led to many unemployed young people with little stake in their future.

Later, in the early 2000s, after becoming council leader, I recall being asked in a press interview what worried me most about the role. I think they expected something like winning the next election or keeping council tax down. But my honest answer was that I worried most about creating the next generation of jobs. The experience of the 1980s was seared into my memory. Guaranteeing all young people a secure future was a driver then and remains so to this day. It’s why I volunteered for the Youth Unemployment Committee and why I was delighted to chair it when asked.

Today, we face new economic challenges. But I can unequivocally say that I do not want to see a rerun of the 80s. To avoid the same pitfalls, we must ensure that future needs of business and industry are met with the right skills policies. This requires much-improved planning, integration of skills development and a joined-up education system with young people at the centre of it, with advice on career opportunities available to them individually from an early stage.

Back in 1999, Tony Blair said we needed 50% of young people to go through university. At the time this was celebrated – university was seen as a great equaliser. But this can no longer be the main priority post-Covid and post-Brexit. Our country will have to manufacture more for itself. We will have to train many more of our young people in digital skills and new technologies at all levels. This will require a major investment in technical education and skills.

Consider the push towards electric vehicles. Ending the sale of fossil-fuel-powered cars by 2030 will require a huge number of batteries to be manufactured. If, five years from now, we’re producing these batteries at scale, what skills will employees need? How should they be trained? Bridging this potential skills gap is likely to rely on strong technical education through apprenticeships just as much as through traditional degrees.

The more pressing issue right now, though, is Covid. The pandemic has disrupted education and limited young people’s opportunities. It has heavily impacted the retail and leisure sectors, where many young people are employed. It’s clear from Office of National Statistics (ONS) figures that 16-24-year-olds have borne the brunt of the pandemic.

We are entering a changed world and young people need to feel that they have a future they can own. We cannot and should not countenance so many young people not being in education, employment or training.

One thing we must examine carefully is whether the interests of young people are best served by split responsibilities in Whitehall for their education, training and employment. Take job centres, for instance. Their priority seems to be to get young people looking for work into a job. However, their focus is on finding jobs which may not fit an individual’s career goals.

There are also worrying demographic disparities, especially higher levels of unemployment between different regions and ethnicities. And then there’s the real fear that youth unemployment will surge once furlough winds down. This may be masked by the ONS's narrow definition of unemployment, which conceals certain groups, like students.

In the evidence the Committee has received, there have been some valuable examples of good practice such as careers hubs and primary school pupils being encouraged to think about careers they might aspire to. I welcome the government’s Skills Bill as a positive step in the right direction to establish local, integrated structures to give employers a greater stake in the development of skills. I also welcome the lifetime skills guarantee for individuals.

Ultimately, the Committee’s job is to listen to the evidence it receives and conduct a forensic dissection of the issues raised. Young people deserve the best start in life. To achieve this in the current climate, we need far greater planning than we’ve ever had. After suffering so much during the pandemic, young people need all the support the country can provide. Without it, many could suffer longer-term employment consequences. So, let’s not repeat the mistakes of the 80s. It would be a dereliction of duty to let them down.

Lord Shipley is Chair of the House of Lords Youth Unemployment Committee. 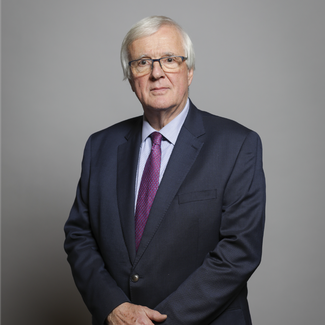