Philosophy of Vocational Education Debate: The Role of Trade Unions and Social Partnership in Education

Amid our rush to equip young people with the skills they need for the 21st century, we mustn’t overlook the vocational education and training (VET) system. Over the last couple of years, Edge has hosted several debates on the principles and philosophies underpinning VET in England (our latest report is available here). Presently, the vision is fractured. To reach consensus on the role of VET in our broader education system (and society at large) difficult discussions are required. 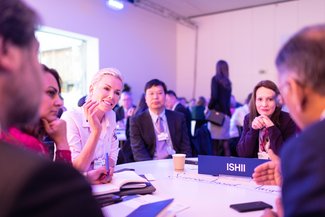 Labour peer Lord Maurice Glasman began by reflecting on the current state of Britain’s social contract. A change in the political consensus is approaching, he said, driven by a move away from neoliberal globalisation. Whatever shape a post-globalist settlement on VET takes, it depends on three factors. First, a greater role for the state. Second, the renewal of abandoned, ex-industrialised regions. Third, recognition of the political agency of the working class (as shown by recent electoral outcomes). In short, tackling working-class disenfranchisement – or those left behind – must be at the core of any new system.

Lord Glasman argued that any social partnership must also be independent of party politics. The political challenge, then, is to build consensus around the required policies and institutions. One vision he shared was for a decentralised system, where labour market rules are state-determined, with training delivered at local authority level within an institutional partnership of colleges, local business associations, trade unions and local authorities. To re-equip localities with the necessary vocational skills, state-support for FE colleges must also be renewed.

Next, we heard from Norman Crowther, National Official for Post-16 Education at the National Education Union. He tackled the challenge we face in building an effective social partnership with trade union involvement. Crowther suggested this requires an ethos of mediation that England currently lacks. Our divisive model of industrial relations is in stark contrast to countries like Sweden and Germany, who have struck a better balance.

The problem, Crowther argued, is rooted in the policy turbulence of the early 1990s. The Further and Higher Education Act of 1992 cut links between FE and local authorities. Alongside pressure on FE colleges to make cuts, this has led to degraded industrial relations, the erosion of workforce expertise and a lack of collective bargaining power. Repeated top-down attempts at reform have exacerbated the problem. Successive governments have created solutions to immediate problems, rather than looking at the long-term issues.

Crowther sees hope with institutions like the Industrial Strategy Council and approaches like the Independent Commission on The College of the Future. Both have recommended measures that would defuse industrial tensions, like bringing FE pay in line with school teachers. While difficult discussions lie ahead, he said, all parties must be ambitious in their aims.

Finally, we heard from Hermann Nehls, former Head of VET at the German Trade Union Confederation. Having helped shape the German qualification framework – quite different from England’s – he had three key insights to share.

First was the importance of clear apprenticeship competences. In Germany, competences are closely linked to what he calls ‘reflectiveness’ (or what we might call problem-solving skills and critical thinking). Colleges, universities and general schools adopt these, as well as the German VET system, which is integrated into the broader education system. Apprenticeships result in higher status qualifications in a more equitable system.

Secondly, Nehls flagged the importance of quality standards. Germany’s Vocational Training Act – a compromise between state, labour unions and business – clearly defines apprenticeship procedures and assessment. It also stipulates standards for individual rights, wages and working conditions. These national VET standards contribute to improved trust between employer associations and trade unions. Employers have confidence to invest in VET, while workers are assured that their qualifications have national market value.

Finally, Nehls argued that while the ‘ethos of mediation’ is important, there’s little sense in discussing coherent social partnership without systemic cooperation between industry and trade unions. Post-1945, Germany legislated the role of employers and labour unions, creating space for a coherent system. He emphasised that the co-operation needed for effective social partnerships comes from building an institutional and legislative framework together. This point was taken up by Kevin Rowan of the TUC, who argued that employer-trade union co-operation on VET worked where there was the right framework for it to flourish.

Discussions about a system with such entrenched problems are not without their challenges. The debate sparked some impassioned exchanges and produced some tantalising suggestions for possible ways forward. If we are to build better for the 21st century – and the future economy – these are essential conversations to be had. We look forward to the next chapter!

Edge will hold two further debates in this series – on professional judgement and work-based learning (14 Jan) and qualifications and assessment in VET (18 Feb). Contact us to book a place or look out for key messages after the event on www.edge.co.uk