Skills for Jobs White Paper: As we look to the future, how can we avoid the pitfalls of the past?

The recent publication of the government’s Skills for Jobs White Paper has come at just the right time. As the UK adapts to the triple challenges of Brexit, the fourth industrial revolution and the pandemic, the White Paper is a step in the right direction. It signals that Further Education (FE) should be front and centre of the economic recovery. Quite right too.

However, anyone with an ounce of experience in the FE sector will know the shortness of policy memory in this area. Indeed, commentators have already noted that many of the White Paper’s recommendations are not new. For instance, employer ownership over vocational and educational training (VET) – one of the White Paper’s central tenets – has been attempted numerous times over the years, with a different name each time and varying degrees of success. 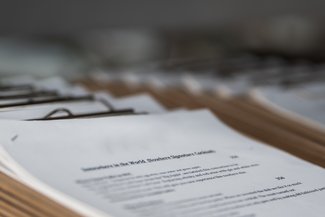 As the Further Education Trust for Leadership (FETL) comes to a close, it leaves behind a hopeful legacy. One piece of work in particular, the Honourable Histories report, is somewhat of a policymaking holy grail. It provides a detailed chronology of policymaking interventions in the UK FE sector over the past thirty years. Edge is delighted that FETL have chosen to pass this important report to us as custodians, so that we can share it and keep it updated as the sector continues to change. It will be a vital tool for improving the FE sector’s policy memory and finally ending the merry-go-round of reform that has largely defined the last three decades.

The report highlights a number of notable long-term trends. This includes a retreat from attempts to match skills with employer demand and the accompanying adoption of marketplace economics. Only in the last few years has there been a shift away from this trend. The introduction of Skills Advisory Panels in 2017 and the creation of the Skills and Productivity Board hint that national policymakers desire change. Indeed, the White Paper clearly supports alignment between skills supply and the labour market.

Another long-term trend is the drift towards centralisation of power. With every attempt at educational reform, control has increasingly shifted away from the local level towards national government. This is unusual for FE in an OECD country. Unlike most, as Edge’s recent debate showed, the UK has no social partnership or training stakeholders whose go-ahead is required before major changes are made. Furthermore, other policy changes have seen intermediary bodies replaced by government agencies. The result is a policy design and formation process conducted by an increasingly limited few. This offers little opportunity for those on the ground to shape, or even inform, government policy.

On the flipside of centralisation is the reduced influence of local government. In the education sector, this began (but did not end) with the removal of polytechnics and FE colleges from local authority control back in the early nineties. This particular trend is not limited to education, of course, with local authorities increasingly seen as delivery agents for nationally-determined policies. It remains to be seen if devolution of the Adult Education Budget (AEB) and government promises to ‘level-up’ the regions will lead to a return of local decision-making to the FE sector. Time will tell.

In addition to long-term shifts, the report also identifies some constants. One is the perceived importance of international comparison in driving reform – something dear to the Edge Foundation, as our recent virtual study visit to colleges in Canada showed. The promise of ‘world-class’ technical training and the current Education Secretary’s pledge to provide “better technical education than Germany” by 2030 are two such examples. There have also been consistent attempts to encourage (or strong-arm) employers into engaging with VET. This has had limited success in the past. As a key policy in the new White Paper, government and employers will need to have tough conversations if they want to make progress.

The final issue highlighted by the report is the perception of colleges and vocational training. In our current qualifications system, A-levels represent the ‘gold standard’ while everything else is ‘less-than’. This issue is exacerbated by the move towards a system of mass Higher Education. Regardless of the White Paper’s ambitions, this raises unavoidable questions about FE’s future role and whether or not a tertiary education system incorporating aspects of FE and HE, as has been introduced in Scotland, might ultimately be on the cards.

“This report is the first attempt of its kind to record a comprehensive history of FE policymaking in the UK. It should be required reading for all new civil servants and ministers. FETL is delighted to be passing on the torch Edge, an organisation that shares our DNA and dedication to long-term thinking in the FE sector.”

Ricky McMenemy, Chair of the FETL Board

“Edge is thrilled to be taking this important report forward. Policy memory in this sector is notoriously short-lived. In my long career in FE Leadership, I recall many of the same policies coming and going without learning from past mistakes or building on what works. I hope this chronology – and future updates – will help us finally put a stop to that repetitive cycle.”